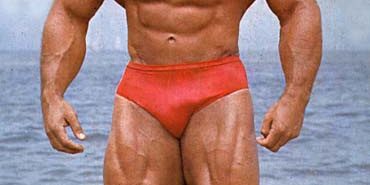 Bodybuilding Legend Mike Mentzer passed away 20 years ago on June 10th, 2001 at the age of 49. In Part Two of his interview with the Bodybuilding Legends Podcast, author John Little continues his discussion about the life and legacy of this bodybuilding legend. John talks about the pro bodybuilding career of Mentzer, including his two Mr. Olympia appearances in 1979 and 1980. John also talks about Mike’s addiction to speed, how he lost everything at one point of his life and his resurrection from his addiction. At the end of the podcast, host John Hansen reads “The Thinking Man’s Bodybuilder”, an article about Mike Mentzer written by Jack Neary for the October, 1979 issue of Muscle Builder magazine.