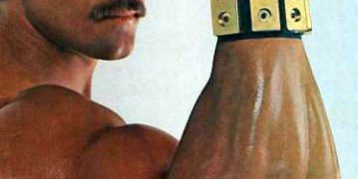 John talks to Roger Callard, one of the top bodybuilders in the 1970’s. Roger was good friends and trained with Arnold Schwarzenegger at the original Gold’s Gym in Venice, California and he talks about his memories of competing in the Golden Age of Bodybuilding. Roger won the IFBB Mr. International contest in 1978 and he competed against some of the best bodybuilders in the 1970’s. Roger talks about being involved in the movie “Stay Hungry” in 1975 and stealing Mike Katz’s t-shirt in the movie “Pumping Iron”.