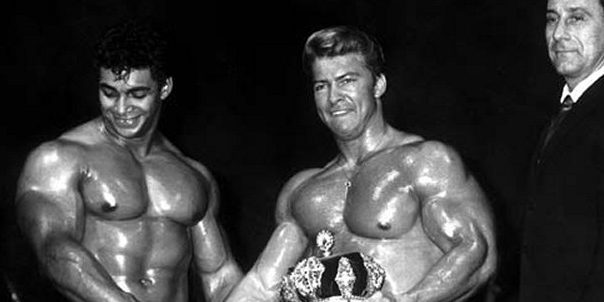 Former IFBB Head Judge Roger Schwab talks about the 1965 Mr. Olympia contest on Episode 1 of Season 6 of the Bodybuilding Legends Podcast. Roger was in attendance at the Brooklyn Academy of Music in New York in September 1965 when Larry Scott won the very first Mr. Olympia contest and he recounts that historic day in this interview. Roger also talks about the close battle between Dave Draper and Chet Yorton in the IFBB Mr. America and his thoughts on seeing Frank Zane and Ricky Wayne in the Mr. World that night. Also in the discussion is the fantastic potential of a young Harold Poole and the incredible crowd reaction to Larry Scott’s posing routine.