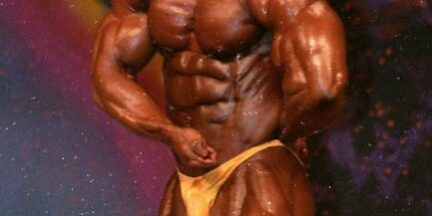 1990 NPC Nationals Champion Alq Gurley joins the Bodybuilding Legends Podcast to talk about his bodybuilding career. Alq talks about how he started training for bodybuilding, his first bodybuilding competitions and his rapid rise to the top of the national amateur bodybuilding scene and his career as a professional bodybuilder during the 1990’s. Alq also discusses the change in bodybuilding towards the mass monsters in the 1990’s and his reason for retiring. At the end of the Podcast, host John Hansen reads the article “Belknap Wins Mr. America” by Dave Sauer from the November, 1981 issue of IronMan Magazine and “How I Saw the Mr. Olympia and the Top Six Men” by Steven Robinson from the March, 1982 issue of IronMan Magazine.