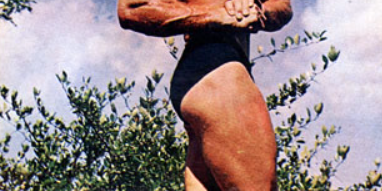 1960 AAU Mr. America Red Lerille joins the Bodybuilding Legends Podcast to talk about his long career in bodybuilding. Red won the 1960 AAU Mr. America and his class at the NABBA Mr. Universe in London. Red became a gym owner in Louisiana after his bodybuilding career ended and he now owns Red Lerille’s Health and Racquet Club in Lafayette, Louisiana, one of the biggest gyms in the country. Red was also a mentor to the great Boyer Coe and he talks about coaching Boyer when he was a young man. At the end of the podcast, host John Hansen reads the article “How I Became a Mr. America” written by Red Lerille from the July-August, 1960 issue of IronMan Magazine.