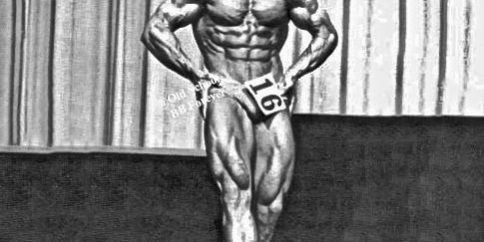 Joe Means, one of the top amateur bodybuilders in the 1970’s, talks about his bodybuilding career for the Bodybuilding Legends Podcast. Joe explains how he started lifting weights in South Carolina, slowly building up his physique and his strength and eventually competing in local bodybuilding contests. Joe talks about the training routine and diet he used to get the most out of his physique. At his peak, Joe was able to compete in ripped condition and was able to defeat bodybuilders at the national level who outweighed him by 30-40 pounds. Joe explains the diet secret he used to win the Most Muscular award at the 1976 AAU Mr. America contest over Kalman Szkalak, Dave Johns and Ron Teufel. Joe also beat out Tom Platz for the Best Legs award at that year’s Mr. America contest. At the end of the Podcast, John Hansen reads an article titled “Sergio Oliva – A Legendary Superman” written by Norman Zale for the November, 1975 issue of IronMan Magazine.