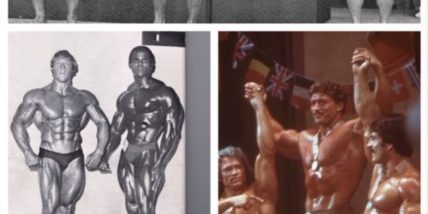 Bodybuilding writer Jerry Brainum continues his discussion with host John Hansen about the year 1977 in the Bodybuilding World. 1977 was the year when the mass media really gave a lot of coverage to events happening in bodybuilding. In Part Two of their interview, Jerry talks about the idea to create a union for bodybuilders that was started by Kal Szkalak, the 1977 IFBB Mr. Universe controversy where Kal Szkalak beat Mike Mentzer by only one point and Danny Padilla’s stellar year where he won the 1977 AFAB Mr. America overall and the lightweight class at the 1977 Mr. Universe in Nimes, France. Jerry also talks about the 1977 NABBA Mr. Universe where Tony Emmott surprisingly beat out the legendary Serge Nubret for the Pro title and a young Bertil Fox won his first Mr. Universe in the amateur division. At the end of the podcast, John Hansen reads an article from the May, 1977 Muscle Builder/Power magazine entitled “Franco: The No. 1” written by Armand Tanny. This article is an interview with Franco Columbu after he won the 1976 Mr. Olympia contest.