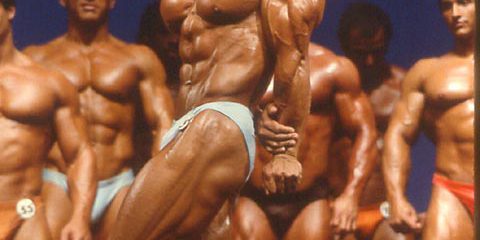 Jon Aranita, one of the best amateur bodybuilders from the 1980’s, is the guest on the Bodybuilding Legends Podcast to talk about his bodybuilding career. Jon talks about how he started competing as a teenager and his experience of being mentored by the legendary bodybuilder Rory Leidelmeyer. Jon also goes into detail about the training and diet programs that he used to compete in the biggest national level contests. Jon placed second to John Hnatyschak and Lee Labrada at the 1984 and 1985 NPC Nationals, respectively, before winning the middleweight class at the 1987 NPC USA. At the end of the podcast, host John Hansen reads an excerpt from the book Pumping Iron where author Charles Gaines talks about how bodybuilding is unique because it is both a sport and an art.