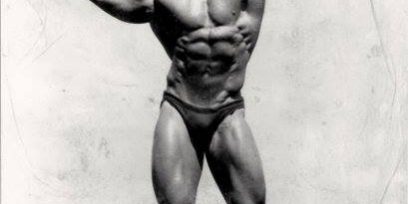 Skip Robinson was a prominent bodybuilder in the 1970’s, being featured in Joe Weider’s Muscle Builder & Power magazine and living in Venice Beach, California. Skip hung out with and trained with the Gold’s Gym crew including Arnold Schwarzenegger, Franco Columbu, Frank Zane and Ken Waller. Originally from Maine, Skip tells the story of when he started working out and what made him move out to the Mecca of Bodybuilding in Southern California. Skip talks about the legendary bodybuilders he trained with, how he was able to help Chris Aceto to be successful and his association with Arthur Jones. At the end of the podcast, host John Hansen reads an article called “There’s Less to Building Triceps that Meets the Eye” from the August, 1977 issue of Muscle Builder & Power magazine written by Rick Wayne about Arnold Schwarzenegger’s triceps workouts.