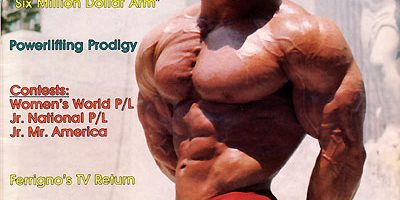 Chicago bodybuilder Larry Bernstein talks about his years competing on the national and international level in bodybuilding. Larry won the short class at the 1983 AAU Mr. America contest and then started competing over in Europe in the WABBA World Championships and the NABBA Mr. Universe. Larry talks about how he got started in bodybuilding as a skinny teenager, competing against top bodybuilders like Jeff King, Tim Belknap and John Brown and his experience competing in Europe.