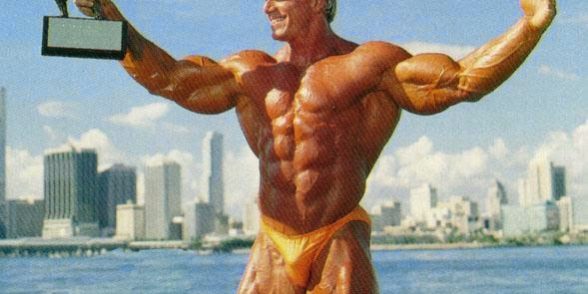 Troy Zuccolotto, 1989 NPC Nationals overall winner and one of the most popular bodybuilders of the 1980’s, is interviewed for the Bodybuilding Legends Podcast. Troy talks about how he started bodybuilding as a teenager in California, eventually winning the Teenage Mr. California. As Troy progressed in his career, winning the Mr. California in 1986, he set his sights on becoming a pro. Troy won the overall at the 1989 NPC Nationals after several years of attempting to win the title. Troy competed as a pro for the WBF organization and then competed in the IFBB before retiring from bodybuilding. Troy went on to become a very successful businessman and he talks about what it takes to succeed in the business world and why more bodybuilders are not financially successful. At the end of the podcast, host John Hansen reads an article from the March, 1985 issue of MuscleMag International about the 1984 Mr. Olympia contest.