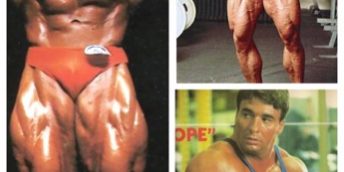 Three interviews at the legendary Gold’s Gym in Venice, California on Memorial Day weekend, 2018 are featured on this episode of the Bodybuilding Legends Podcast. Host John Hansen interviews Rick Valente about his time training at Gold’s Gym in the 1980’s and his experience filming the Bodyshaping television show for 10 years. In the second interview, John interviews 1983 Mr. Olympia Samir Bannout about his journey from his home country of Lebanon to Detroit, Michigan and then to the Mecca of Bodybuilding in Southern California. Samir talks about his climb to the top of the sport, including winning the Mr. Universe title in 1979 and the Mr. Olympia in 1983. Finally, John sits down with Tom Platz to talk about his career in bodybuilding. Tom shares his passion and desire to succeed in bodybuilding, his positive mental approach to improvement and his magical year training for the 1981 Mr. Olympia.