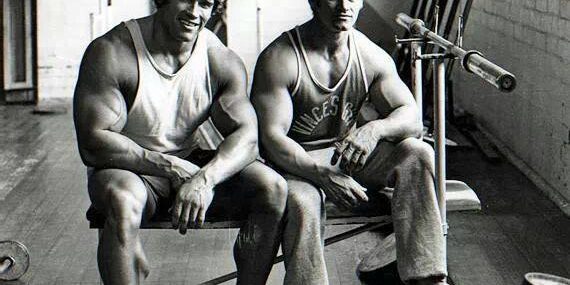 Historic Bodybuilding Photographer Robert Nailon is the guest on the Bodybuilding Legends Podcast. Robert met and took pictures of some of the most famous bodybuilders from the Golden Age including Arnold Schwarzenegger, Franco Columbu, Frank Zane, Dave Draper, Larry Scott, Bill Pearl, Serge Nubret, Sergio Oliva and Danny Padilla. Robert talks about some of the experiences he had hanging out and training with some of the most iconic bodybuilders in history. Robert also talks about his first hand experience of being an official photographer at the controversial 1980 Mr. Olympia contest in Sydney, Australia. At the end of the podcast, host John Hansen reads an article from the Muscle Mag Annual 79/80 called “Arnold Came to Dinner” written by Robert Nailon the chronicles the time he spent with Arnold during his visits to Australia.