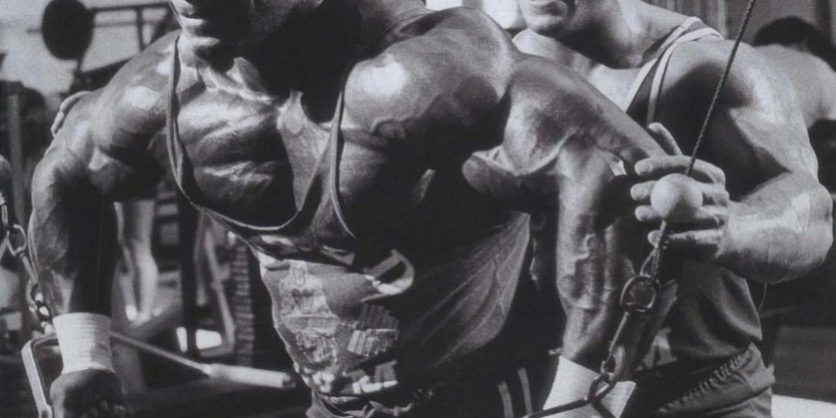 8x Mr. Olympia Lee Haney is joined by his former training partner and 1989 Arnold Classic champion Rich Gaspari to talk about the year 1984 when they trained together. Lee was training to win his first Mr. Olympia contest and Rich was trying to win his class at the NPC Nationals and Amateur World Championships in order to turn professional. Both Lee and Rich were successful in reaching their goals in 1984 so they talk about how they trained and dieted that year. Rich explains how he had to change his proportions to go from a blocky heavyweight to a more proportionate light heavyweight competitor. Lee also discusses why he choose Rich for a training partner and what each of them were able to bring to the other one to have such a successful partnership. At the end of the podcast, host John Hansen reads an article from the July, 1983 issue of IronMan Magazine called “Lee Haney, World Champion” written by Garry Bartlett.