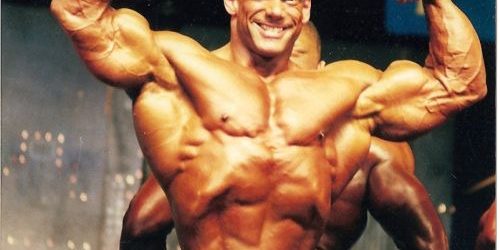 IFBB Pro Bodybuilder Vinny Galanti talks about his extensive bodybuilding career on the Bodybuilding Legends Podcast. Vinny explains how he got involved in bodybuilding at a young age and his experience of training at a hardcore bodybuilding gym in the 1980’s. Vinny started competing as a teenager and was successful at the national level before finally earning his pro card at the 2008 NPC Masters Nationals. Vinny also explains how he had to modify his workouts when he got into his 50’s and how those changes have helped him to improve his physique better than ever.