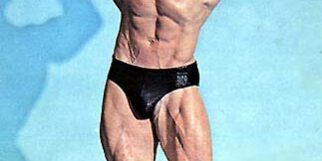 Mario Nieves, 1977 AAU Jr. Mr. America winner, joins the Bodybuilding Legends Podcast for Part Two of his interview. Mario talks about his decision not to use drugs for most of his bodybuilding career, how he started up his motorcycle club over the world and his stories about appearing in movies like “Code of Silence”, “Above the Law” and “The Color of Money” and working with actors Chuck Norris, Steven Seagal, Tom Cruise and Paul Newman.