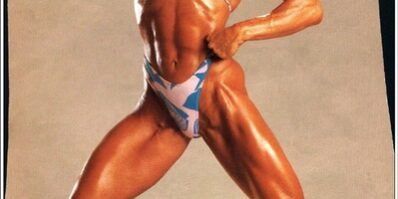 Janet Tech, one of the top female bodybuilders in the 1980’s, talks about competing during the early days of Women’s Bodybuilding. Janet talks about how competitive women’s bodybuilding was in the ’80’s, winning her pro card at the 1988 NPC Women’s Nationals and World Championships and competing as a pro in the Ms. Olympia contest. At the end of the podcast, host John Hansen reads two articles from the February, 1989 issue of Flex Magazine including the contest report on the 1988 NPC Women’s Nationals and Tony Pearson’s article on Symmetry.