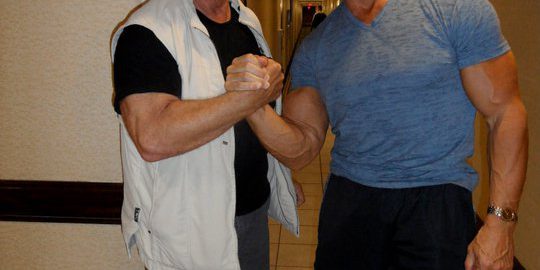 Former owner of IronMan Magazine, John Balik, talks about his extensive career in the sport of Bodybuilding. John talks about his friendship with Bob Gajda and Sergio Oliva before moving to Southern California in the 1960’s. John’s stories about working for Vince Gironda, meeting Arnold Schwarzenegger, training at the original Gold’s Gym in Venice, California and working for Joe Weider as a photographer are only some of the highlights of John’s interview. John also talks about his recollections of the controversial 1981 Mr. Olympia contest in Columbus, Ohio.