The Olympians – Boyer Coe, Part One 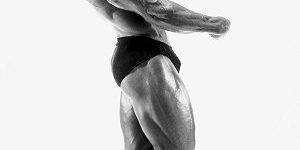 Bodybuilding Legend Boyer Coe joins the Bodybuilding Legends Podcast to talk about his incredible career in bodybuilding. In Part One of his interview, Boyer talks about how he began training for bodybuilding, competing as a teenager bodybuilder, winning the 1969 AAU Mr. America, competing in the 1969 NABBA Mr. Universe contest in London, his thoughts on Arnold Schwarzenegger, Frank Zane and Bill Pearl and his transition from competing in the NABBA competitions to the IFBB. At the end of the Podcast, John reads an article from the February, 1977 issue of Muscle Builder/Power Magazine called “The Charisma of Bodybuilding” by Jack Neary. The article details the exploits of Arnold Schwarzenegger and Robby Robinson guest posing at a contest in Canada in 1976.