The Olympians – Chris Cormier, Part One 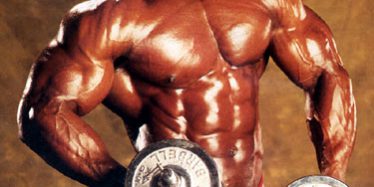 Chris “The Real Deal” Cormier is interviewed by John Hansen about his acclaimed Bodybuilding Career. Chris talks about when he started bodybuilding and competing as a teenager in the 1980’s. Chris also talks about training at Gold’s Gym in Venice, California with his partner Flex Wheeler, his gym rivalry with newcomer Mike Mattarazo in 1991, winning the NPC USA Championships in 1993 and his run-in with Mike Tyson at the Roxie nightclub in L.A. in Part One of his interview for the Bodybuilding Legends Podcast.