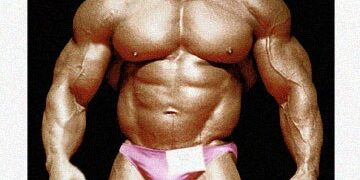 Danny Padilla, one of the best bodybuilders from the Golden Age of Bodybuilding, is the guest on the Bodybuilding Legends Podcast. In Part Two of his interview, Danny talks about some of the pivotal competitions of his career including the 1978 Mr. Olympia and the 1979 Night of the Champions. Danny also talks about the controversial 1980 and 1981 Mr. Olympia competitions before finally talking about the 1990 Night of the Champions in which he made his big comeback. At the end of the interview, Danny gives his thoughts on some of the great bodybuilders he got to know during his career. At the end of the podcast, host John Hansen reads an excerpt from the February, 1977 issue of Muscle Builder and Power magazine about the 1976 IFBB World Championships Mr. Universe report written by Jack Neary.