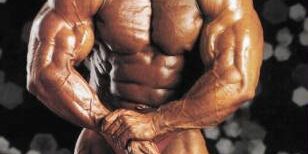 Mike Francois was one of the most successful professional bodybuilders in the 1990’s until colitis ended his career. In his interview with the Bodybuilding Legends Podcast, Mike talks about how he started training for football and then eventually started competing in bodybuilding. Mike talks about his rise through the top national level amateur competitions, culminating in his overall win at the 1993 NPC Nationals, and his great rookie year as a pro where he won four professional contests in a row including the 1995 Arnold Classic where he beat out Flex Wheeler. Mike also talks about the heavy training he utilized to build his powerful physique and the ordeal he went through when he was diagnosed with colitis.