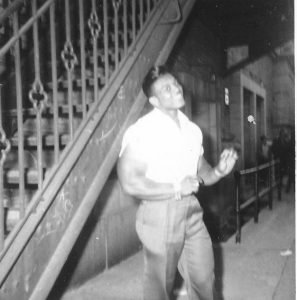 Sergio Oliva backstage at the Brooklyn Academy of Music in 1966 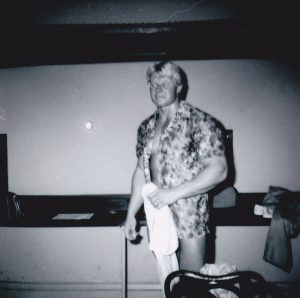 Dave Draper warming up backstage for his IFBB Mr. America win in 1965 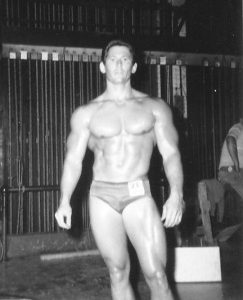 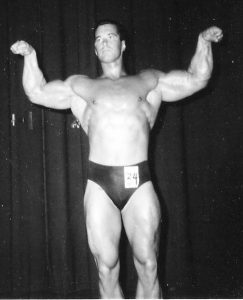 The powerful physique of Chet Yorton in 1966 at the Brooklyn Academy of Music in New York. Chet went on to win the IFBB Mr. America that night and then won the 1966 NABBA Mr. Universe in London.

Chuck Sipes pumps up to compete in the 1966 Mr. Olympia in New York against Larry Scott, Harold Poole and Sergio Oliva. 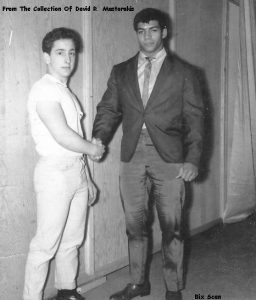 15 year old Dave Mastorakis shakes the hand of massive Harold Poole at the Brooklyn Academy of Music in 1965. 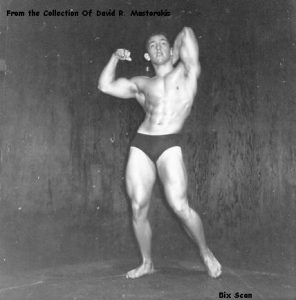 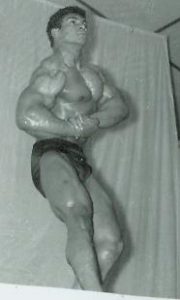 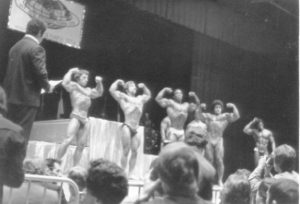 Dave Mastorakis competes in the short class of the 1974 IFBB Mr. America contest at the Felt Forum of Madison Square Garden in New York against Eddie Giuliani, Leon Brown and Carlos Rodriguez. 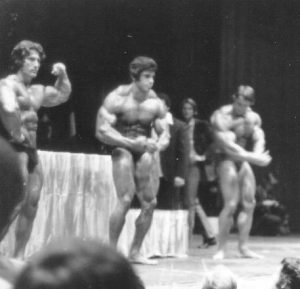 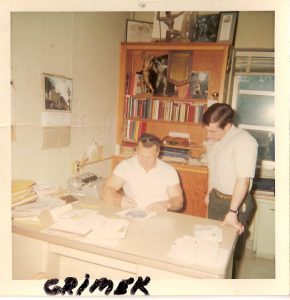 Dave gets an autograph from the great John Grimek at the York Barbell Offices in York, Pennsylvania. 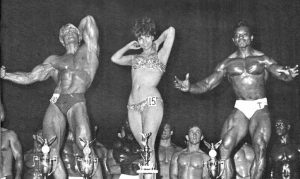 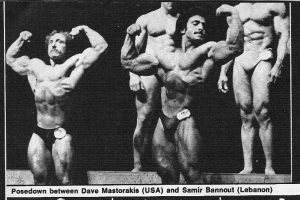